What are the most common indoor air pollutants?

After exposure, pollutants may affect building occupants’ health and comfort. Some pollutants affect victims soon after exposure. Other contaminants may take time for adverse effects to show after a person has been exposed to them for some time. Indoor air becomes more harmful than outdoor air pollution. Houses become damp and stuffy and not fit for occupation. You protect your family’s health when you understand how to keep indoor air clean and free from pollutants.

This pollutant harms the health of those exposed to it and the building. Even though it is the least recognized pollutant, it is one of the most harmful. Moist surfaces allow dust mites and mildew to thrive. When these thrive, they cause and trigger asthma and other allergic reactions. High moisture levels in your house make occupants uncomfortable. Using a dehumidifier reduces the moisture in your house’s air.

Burning charcoal in your house with closed windows raises the level of carbon monoxide and carbon dioxide in the air. Other common sources of this gas are gas heaters and kerosene lamps. Carbon monoxide is a very toxic gas that is odorless and reduces the oxygen in your bloodstream. Effects include fast heart rate, dizziness, nausea, and headache.

To avoid the toxic effect of this gas, ensure adequate ventilation in your house and proper installation of electrical appliances. Leading sources of this gas outdoors is vehicles. It is unlikely to be produced in ample enough amounts outdoors. It is, therefore, a threat in enclosed spaces indoors.

Certain solids and gases can be found indoors that emit VOCs. VOCs have a long and short-term effect on the health of those who inhale them. Chemicals that comprise VOC can be found in various items and chemicals such as wood preservatives, paints, cleaners and disinfectants, aerosol sprays, dry-cleaned clothing, moth repellants, stored fuels, air fresheners, and pesticides. Effects of VOCs include harm to the liver, kidneys, and the central nervous system. Other effects include irritation to the eyes, throat, and nose and headaches.

This colorless, odorless gas predisposes you to lung cancer. Gas is the second leading cause of lung cancer in the USA. It also shows no symptoms of exposure, as this is revealed only by tests. Home owners buy testing kits to determine the percentage of Radon in their house.

Radon levels in your outdoors may rarely be too high as the gas naturally occurs in the air. The levels increase inside your house when the gas gets in through cracks and fissures and gets trapped within. When Radon levels are high inside a building, ventilation and air movement help reduce them.

Here is a detailed look at other common indoor pollutants

A common source of lead pollution is metal processing and burning of leaded fuel. Lead accumulation in the body is what causes many adverse effects. High levels of lead in the body cause health issues with the cardiovascular, nervous, and reproductive systems.

Children are more sensitive to lead poisoning because they absorb more of the metal faster than adults. They also have more exposure to lead as they get it in soil and dust. In children, lead accumulation in the body can lead to behavioral and learning issues.

Old lead-based paint is the leading cause of lead contamination in the US.

The mineral asbestos occurs naturally in soils and rocks. It is widely used in construction materials. It widely appears in manufactured goods such as the following,

Asbestos exposure does significantly increase the risk of significant health issues. It could increase one’s risk of developing lung disease, asbestosis, or mesothelioma. As a result of these adverse health effects after exposure to the mineral, there are bans on the manufacture, distribution, and import of asbestos-related materials.

The particulate matter arises when it is emitted directly from a source, for instance, beaches or construction sites. In other cases, burning fuels result in complex chemical reactions.

Exposure to particulate matter pollution causes various health issues such as heart attacks. Prolonged exposure to particulate matter outdoors can lead to multiple health issues, including heart attacks and other cardiac and respiratory issues. If the occupants of a house already have respiratory issues, those problems could worsen. Exposure to PM indoors could get worse than outdoors. National Ambient Air Quality Standards (NAAQS) are used to determine the level of air pollution from this pollutant.

These are pollutants produced by living things such as plants and building pests. They can also be droppings from problems such as rats, roaches, or body parts. These pollutants include pet dander/saliva, bacteria, mites, viruses, pollen, and dust. These Contaminants thrive near excessive moisture sources such as poorly ventilated bathrooms and near humidifiers. They flourish in kitchens, such as in restaurants, where there is a lot of moisture and food. These can also be the grounds on which mildew. Mold and bacteria breed.

They trigger allergic reactions in those exposed to them. Other health problems that they cause include the following.

Generally, good housekeeping and a well-ventilated house are ways to prevent harm by biological pollutants.

Poor indoor air quality can come from burning wood, coal, crop residue or charcoal, and other solid fuels.
This fuel is common in third-world nations, not the US. Poor ventilation where such heating methods are used can lead to significant health problems, including lung issues.

Four million premature deaths occur each year from household air pollution from improper use of cook stoves. Contamination from using cook stoves and heaters is the fourth-worst health risk in the world.

It is a byproduct of combustion and is a chemical. In households, it can be emitted by appliances that burn fuel. At worst, after long-term exposure, you could get cancer.
Shorter-term exposure can cause throat, nose, ear, eye, and skin irritation.

Nitrogen Dioxide (NO2) is a highly reactive oxide of nitrogen. It is emitted from burning fuel, often from vehicles and power plants. It dissolves in water to form acid rain.

NO2 is extremely harmful and is worse if you have other respiratory problems. It is worst for those with asthma. It causes
coughing, wheezing, and difficulty breathing. It harms the respiratory tract, so continued gas exposure can cause significant problems.

NO2 inside a building is half that in the outdoors unless occupants burn kerosene, fuels, charcoal, or other fuels.

Pesticides are a necessity in homes as they are used to control pests. They are chemical substances and, therefore, quite toxic. Pesticides include disinfectants and insecticides. Exposure to pesticides causes both short-term and long-term effects on individuals. Side effects include central nervous system damage and making you more susceptible to cancer. Other effects are throat, nose, ear, and eye infections.

This refers to inhaling smoke when around other tobacco consumers. Environmental Tobacco Smoke (ETS) measures how contaminated an environment is from burning tobacco products such as cigars and cigarettes. Being around smokers a lot causes a person to be a passive smoker who can be hurt by tobacco. Effects of being a secondary consumer of tobacco products include the following: heart disease, asthma attacks, lung cancer, stroke, and other complications to the respiratory system.

Smoke is typical in many homes, primarily where wood is used. It comprises a complex mixture of gases and microscopic particulate matter. The worst health threat when you burn wood comes from the particulate matter in the smoke. Stoves are still in use where wood is needed. Cooking using cookstoves should be done should only in well-ventilated spaces. Instead of using the traditional stove, using more modern technology, which is cleaner and more efficient, removes the threat presented by smoke.

How To Remove Indoor Air Pollution

We are a comprehensive duct cleaning and mold remediation service provider based in Dallas. We stand out from our competition because of our unique services and timely resolution of your problem. We work with you every step to ensure you get what you deserve and desire.
Talk to us today at (214)624-6232, and book a free consultation with one of our experts. 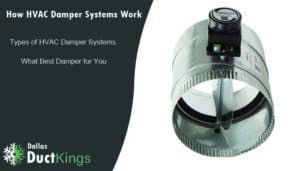 How Often Should Air Ducts Be Cleaned