Black Mold in Dallas, Texas is often talked about in hushed tones, surrounded by scary claims of lethality, toxicity, and serious danger. But really, what is Black Mold? Known scientifically as “Stachybotrys Chartarum,” it is a micro fungus that, while rare to find in the wild, is a scourge to all man-made structures, especially those that are built-in hot or humid parts of the world as we are here in Dallas, Texas. It’s associated with a slew of health problems, and a number of horror stories, and has earned its nasty reputation well.

Black Mold predominantly feeds on cellulose, which is an organic structural material that plants use to build their bodies and give themselves support. It’s the primary ingredient in wood, cotton, paper, cardboard, and even flower stems. Materials that use cellulose as the primary binding agent are nearly ubiquitously employed in the construction of buildings all around the world. As such, black mold is found in a variety of locations.

Strangely, Black Mold is almost nonexistent in wild settings. While it may not seem like it always, it is actually very delicate. This specific sub-species of mold isn’t up for tough competition with other molds in highly combative natural settings. It’s been highly specialized, and only really does a good job of spreading and growing in places where other molds have a harder time. These places are anywhere that has large temperature fluctuations and low nitrogen content in the air, otherwise, black mold prefers the usual humidity and low light.

How To Identify Black Mold

Despite being so rare in the wild, humans have created the ideal habitat for it. Always being vigilant about spotting it as early as possible is very important for any property owner, especially if your walls have wallpaper, or use wood as primary support.

Where To Look For Black Mold

Knowing where it grows is half the battle when it comes to determining whether or not it might be hiding somewhere on your property. Since we know it likes mostly (but not always) warm, damp, oxygen-rich environments, here are some of the spots you can keep an eye on.

How To Know If Its A Stachybotrys Mold

This is an expected and even necessary mistake, primarily on account of molds and how they appear to the naked eye. While a trained professional mold remediation technician may be able to give a good, educated guess, it’s really impossible to confirm with authority what species of mold is present without serious chemical testing.

That’s why it’s important to not panic when you see a mold that is also black but to call and ask for help. The Duct Kings of Dallas is more than willing to help you along every step of the way.

There are dozens of species of mold that have a very dark or even black appearance, but there are two repeat offenders that are very often mistaken for the dangerous kind of Black Mold. Below are their names, why they’re mistaken for black mold, and also their health effects (that you’ll find are far less severe than the black mold we’re going into depth into now.)

This subspecies of aspergillus is omnipresent in soil and is simply a contaminant of food. It’s very commonly found indoors and has a very distinct black color. If found, it certainly does need to be cleaned, but its danger is largely confined to plants. Unless you’re an onion, the worst it can do is give you an allergic reaction.

This mold is more commonly known as “black bread bold,” but is even more often mistaken for the dangerous black mold being discussed in this article. It’s a common agent of decomposition in stored foods, but really only predates on ripe fruits. It’s advisable to not smell rotted foods, as this mold could enter your respiratory system and infect you (if you have an extremely severely compromised immune system) but otherwise, strawberries beware.

Black Mold is associated with a slew of health problems, some of which are extremely alarming and disturbing. The most infamous stories come out of parts of the world that aren’t North Texas, but people in Dallas, TX are just as much at risk for health complications related to Stachybotrys Chartarum.

Among the known issues, it has been known to cause severe health problems among pets, with severity up to and including death. Additionally, infections in children, especially infants, lead to pulmonary hemorrhaging (lots of bleeding in their lungs.)

Health problems manifest in more than just infants, however, and you can expect some of the following if exposed:

mold removal and remediation services are of critical importance, as you can see from the aforementioned adverse effects. Getting a mold remediation company on the job as soon as possible is vital to avoid any long-term damage to your health, and there’s no better person for the job than The Duct Kings of Dallas!

Here’s a brief synopsis of the steps we go through in finding and removing the offending growth from wherever it needs doing:

You can count on the expert crews at The Duct Kings of Dallas to guide the mold removal process from start to finish, and ensure all of the dangerous growths are fully expunged and removed.

Contents hide
1 What Environments Does Toxic Black Mold Like?
2 How To Identify Black Mold
2.1 Where To Look For Black Mold
2.2 How To Know If Its A Stachybotrys Mold
3 What Isn’t Black Mold?
3.1 Aspergillus Niger
3.2 Rhizopus Stolonifer
4 Health Problems Associated With Black Mold
5 Black Mold Remediation 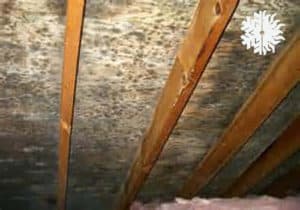 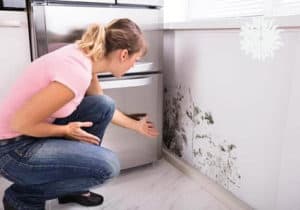 Symptoms of Mold in House 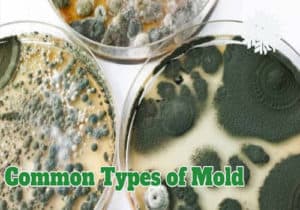